Location : District Mahoba is located in the south of Bundelkhand Region

In general the entire area is an alluvial plain, with a gentle slope from north-west to south-east. There are several natural depressions apart from those formed by the river valley and drainage lines. Elevated sand ridges are also found especially in the west of the district Mahoba mostly in Khair and glas Tehsils.

District Mahoba is narrower in the north but gets wider in south and eventually passes into the adjoining district of Etah. This tract is characterized by the soil, which apparently looks clayey with inperfect natural drainage and in consequence the landscape is dotted with lakes and is disfigured by salt affected soil patches.

Served by numerous rivers and revulets, the more important being Ganga and Yamuna, few rivers like Karban, Rutba and kali which pass through the district and remain almost dry except in the rainy season.

In general the blocks in the west are aner as compared to those in the east. The temperature rises as nigh as 47°C during summer and drops down to as low as 2.0°C during winter. The mean maximum and minimum temperature of district Mahoba is 26.7°C and 15.50°C respectively. Monsoon starts in July and runs to September. The mean annual rainfall of the district is 800 mm, relative humidity 65%, lang's factor 25.6 per °C and mayer's (NS) quotient 76. Thus, the climate of the district Mahoba is semi arid. 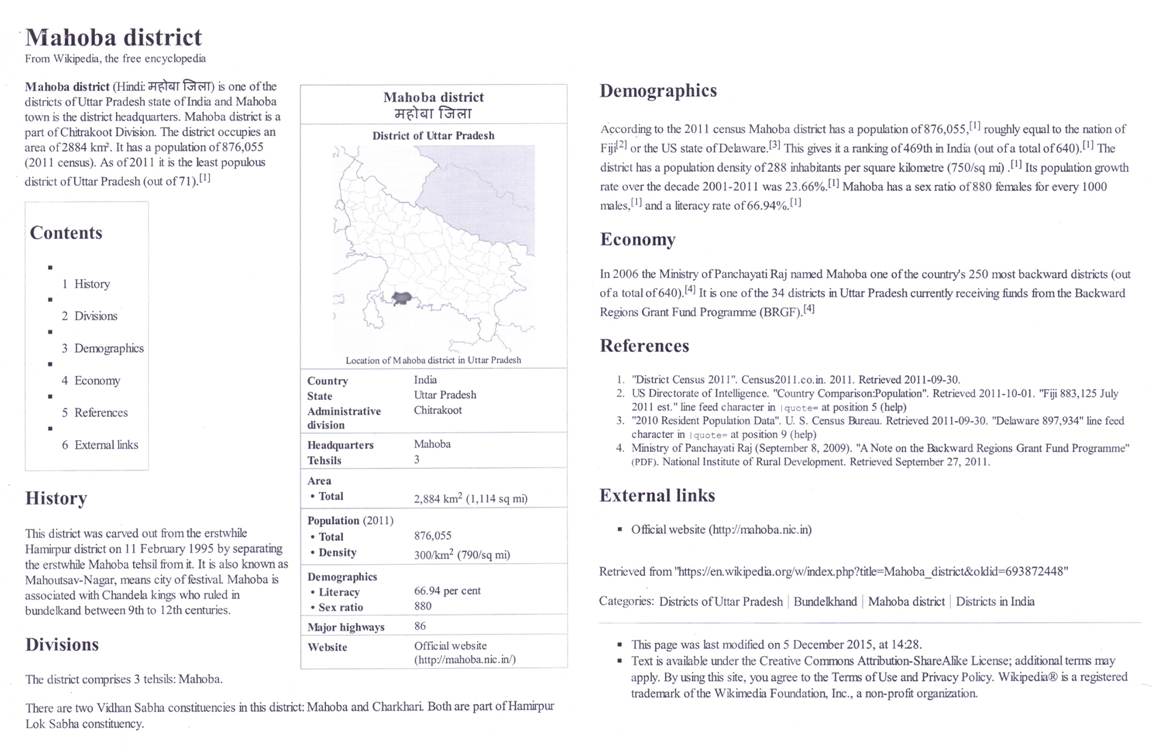